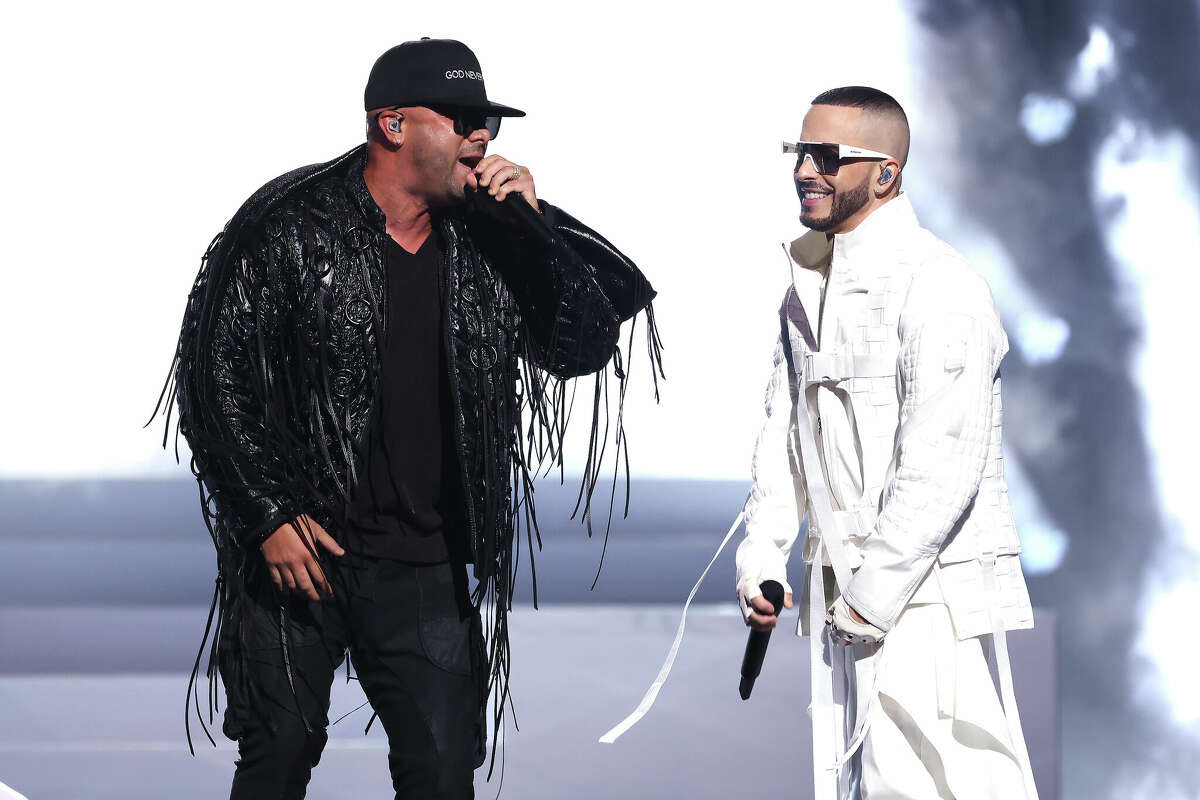 The Latest News on Javier Galván and the Ramos Family

It was 10:19 p.m. on Sunday, June 13 when Javier Galván was involved in a head-on collision with an oncoming vehicle near Winters, Texas. And it didn’t take long for the rumor mill to spread word that Galván had perished. And when some people read that he was incapacitated, they took this to mean decapitated.

As everyone now knows, the saddest of news is that three persons did lose their life. They were Marisa Ramos, 20, Cissy Ramos, 46 and seven-year-old Adalynn Muñiz. Therefore, this writer and the entire StreetTalk magazine staff extend our deepest sympathies to their families.

Whatever Happened to Felipe Rose of the Village People?

Whatever Happened to Felipe Rose of the Village People? Part 1

Rather than wait to give you the answer at the end of this article, the spoiler alert is that after a nasty, legal messy battle with another original Village People co-founder, Felipe Rose went solo in 2013 and is now riding high with “Dance Again,” his fourth single as a solo artist.

By the way, this kick-butt tune also features Ada Dire on backup vocals.

This is a preview of Whatever Happened to Felipe Rose of the Village People?. Read the full post (1638 words, 4 images, estimated 6:33 mins reading time)
Posted in Celebrities, Music review, People, San Antonio, Television

‘Bean & Chisme’ web show tells it like it is, San Antonio style

Two savvy media professionals in San Antonio have built the perfect platform for entertaining and educating fellow Latinos about their culture. All it took was unleashing their inner hoodrat.

That platform is “Bean & Chisme,” a live web show by Nina Duran, former publisher of the bilingual newspaper La Prensa, and Samantha Najera, CEO of the creative marketing firm HeartFire Media. It features raucous sketch comedy and unfiltered talk about all things Latino.

As for the so-called hoodrats, meet Lil’ Frijolita and Lil’ Chismosa, Duran and Najera’s alter-egos. They embody chola subculture from their bold black eyebrows to their long white tube socks, with the attitude and street-smarts to match.

A tribute for Jimmy Edward

Peppy is Rockin’ The Planet

Peppy is Rockin’ The Planet
By Ramón Hernández
Singer, songwriter Emil “Peppy Castro” Thielhelm is “Rockin’ the Planet with The Greatest Story Ever Sung.”
The former Blues Magoos founding father, guitarist and vocalist, who composed the music and wrote the lyrics to every tune in this musical production, says the message in these songs – all based on the Bible – is to bring peace, love, acceptance, healing, hope and making the world a better place.
“My son, Jesse Castro, contributed to writing the music for five of the tunes; and June Rachelson-Ospa was a co-lyricist to about one-third of the songs,” Peppy said.
Giving the reader an insight on how this project came about and giving credit where it’s due, he added, “It all started four years when Steve Leber called me up at 8:30 a.m. on Christmas Day. And he’s Jewish, so I told myself, ‘this is going to be good,’ and it was.
“He woke up feeling the world was so screwed that he wanted me to write a show call ‘Rock the Bible.’ I thought it was a great idea, and I agreed. Hence, the play was conceived by Steve.”
For those not familiar with Leber, he began his career with the William Morris Agency, where he developed and handled music icons like The Rolling Stones, The Beatles’ Concert for Bangladesh, plus. And that was only the beginning for the behind-the-scenes entertainment entrepreneur who went on to guide virtually every name in baby-boomer entertainment. And at the time he called Peppy, he had just become chairman and CEO of Grandparents.com.
New York City-based Peppy was a member of the original 1968 Broadway “Hair” cast; and his songs have been recorded by Diana Ross, Cher, Kiss, plus many others. So, this world-class caliber play could have been cast and presented on Broadway. It could also have enjoyed a successful run in Los Angeles, Miami and Chicago. So, why did he choose San Antonio?
“I met Jonathan Pennington through June (Rachelson-Ospa) when he did a showcase in New York; and, it was at that time that he asked if I would consider doing a version of ‘Hair’ at the Roxie. My answer was that I would rather do something original. He agreed and here I am,” Peppy said as he pointed to the Roxie’s main entrance.
“I came here not knowing what to expect, and I found a purpose,” said the award-winning playwright and multi-instrumentalist whose office walls are lined with Gold Records.
“Making new friends since I arrived and seeing the future in the kids in the play has become a blessing in disguise.”
“That’s right,” Jonathan added as he offered his analogy of the play. “God must be a teenager because of the things kids go through. Unlike churches that preach God’s fire and brimstone, God has shown me who he is through this production, which as the movie ‘Spiderman – Homecoming,’ contains a little humor. So yes, I think God is my super hero.”
While Leber, Pennington and Emmy-nominated Peppy may be the producers you never see, the ones who are going to impress, wow and amaze you are the cast members who will act and sing their way into your senses, your feelings and into your hearts. They are the stars.
Of course, our Lord and Savior gets universal top billing and the part of God is played by Paden Mercer. Starting out with the Book of Genesis, Sebastián Ramírez and Valeria Jauregui are cast as Adam and Eve. Cain and Abel are portrayed by Allan Jaurejui and Diego Jaurejui.
Then the evil Lucifer tries to steal the scene and Eve’s innocence with an apple as Sean Salazar enters the stage as Satan. However, Salazar later redeems himself as Noah with Jazmin Chacón at his side as Naamah.
We know we are surrounded by invisible angels. However, Savannah Mercer, Ivanna Danforth, Pauline Csitkovits, Yvette Cárdenas and Cristián Plata are five rockin’ angels that you will be able to see throughout each heavenly presentation in which the music is top gun.
It is said that “sometimes, music is the only medicine the heart and soul need,” so if you are feeling blue or just have plain humdrums, make a beeline for the Roxie Theater to go get a good dose of feel good contemporary rock music with a message that may change your life.
From “Creation,” “Seven,” “Make Us Over,” “Angel,” “The Ten Commandments” to “The People’s Hero,” “Flood of Love” to “Just One Love” plus 11 more tunes, be prepared to be transported to a level of peace, joy and delight as ten good-looking, wholesome, talented Alamo City teenagers and two preadolescents, sing, dance and tug at your heart strings.
“Rockin’ the Planet” can be seen at the Roxie Theater Performance House from March 29 to April 14. Performances are: Fridays @ 8:00 p.m.., Saturdays @ 7:30 p.m., and Saturdays @ 4 p.m. The Roxie Theater is located at 7460 Callaghan Road, Suite 333, San Antonio, Texas.
In closing, Leber is also known for his precedent-setting arena tour of Andrew Lloyd Weber’s “Jesus Christ Superstar,” a project that was such a success that it became a viable industry model. Coupled with Peppy’s experience in “Hair,” don’t be surprised if “Rockin’ the Planet” does not wind up on Broadway, then taken on a national tour.
To purchase tickets and for more information, call 210-360-9180 or visit their website: www.roxietheatrecompany.com/on-stage/rockin-the-planet.
Also, be sure to read the article on Peppy Castro on page ______ in this issue to find out how he went from being one of the early pioneers of the psychedelic garage band rock era to rocking Christian music.
(Note: Jonathan Pennington is the owner and director of the Roxie Theater Performance House.)

Peppy Castro’s musical story is truly one of the greatest stories to be told for he has been here, there, everywhere; and he has done it all.

His musical journey began when he learned his first guitar chord as a result of being in a Christian church play at age 13.

“That’s when I realized that I could be a singer and musician,” Peppy said of his Christian upbringing and what he credits to be his biggest luence. “But,then you go through the rebellious years.”

Was Jimmy González trying to tell us something through his music?

Normally, this writer would say, his most ‘recent CD,’ but in this case Jimmy’s latest production was his ‘last CD.’ And, the title to the last song, which was sung by Danny Ortíz was “The Long and Winding Road.”

The previous CD was titled “Que Cante El Mundo (Mi Dolor).” Today radio stations are playing his music all day long and fans are singing along in sorrow. And before that, he included “Porque Me Gusta a Morir” (“Because I Like You till Death”). Was the multi-Grammy Award winner telling his fans – between the lines – that he loved them until he died?

Gonzalez was taken to the hospital after his blood sugar dropped. Family members said he died around 9:30 a.m. Wednesday.

Jimmy Gonzalez of Tejano band Grupo Mazz died Wednesday morning after being hospitalized in San Antonio, according to Gonzalez’ relatives.

Gonzalez was taken to the Methodist Hospital of San Antonio after his blood sugar dropped. Family members said he died around 9:30 a.m. Wednesday.